Phlox stolonifera is a native of wooded areas and stream banks in the Appalachian Mountains in the SE USA. It is a creeping Phlox, forming a spreading ‘mat’ about 3 inches in height with flowers appearing above the leaves from April to July. Not a favourite of rabbits or deer it is also tolerant of drought and air pollution.

Phlox stolonifera ‘Violet Vere’ was named at Sissinghurst in the 1990s by the then head gardeners – Sibylle Kreutzberger and Pam Schwerdt. Sibylle tells us that ‘The Phlox in question was picked up by us in a London florist and, having failed to get it identified, was finally named after Pam Schwerdt’s mother who was at that time, president of The Wild Flower Society.’  In fact, Violet Vere (Schwerdt) MBE remained as president of the WFS for 28 years continuing the legacy from her sister and before them, their mother who founded the society in the 1890s. 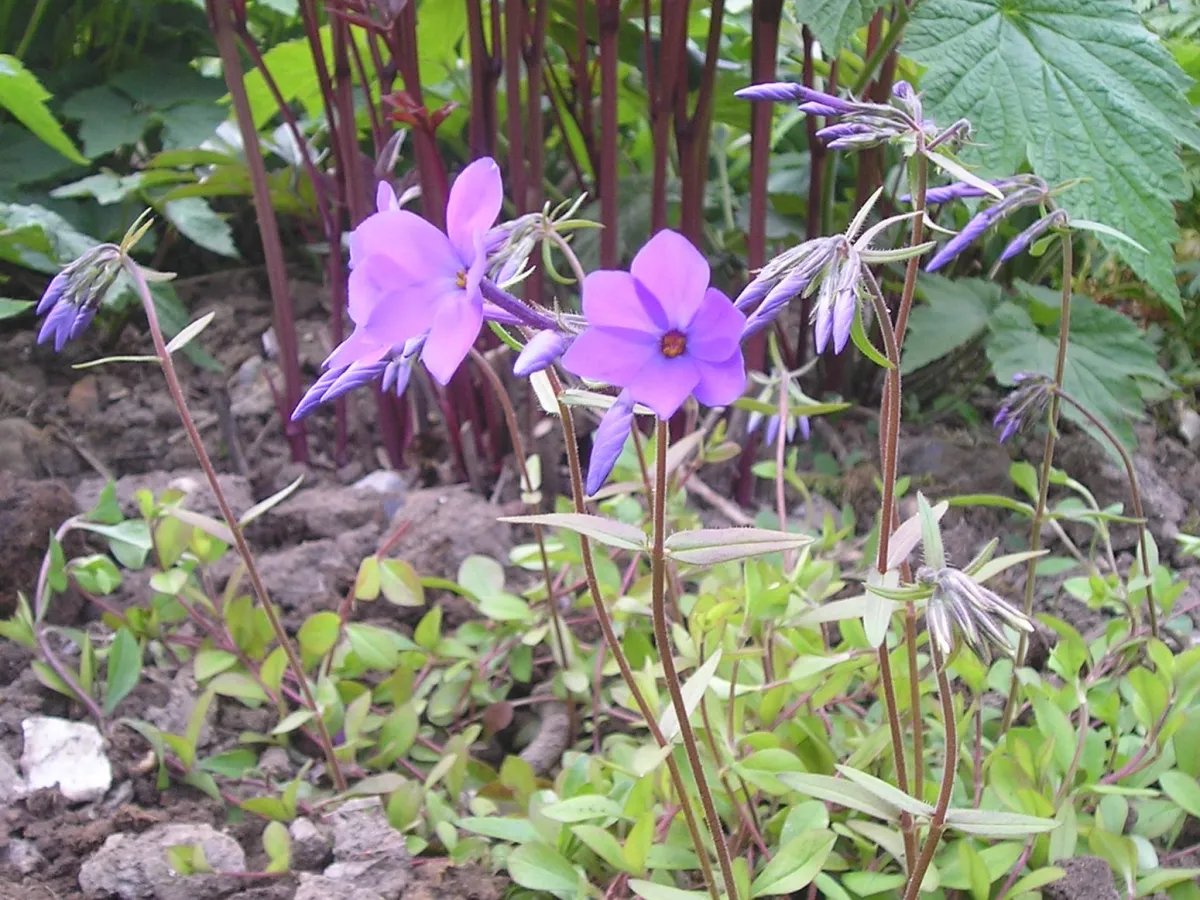 The plant appears in ‘Extracts of Proceedings of the RHS (Vol 117) 1993 when it was exhibited to the Joint Rock Garden Committee: ‘Award of Merit: To Phlox stolonifera ‘Violet Vere’ as a hardy plant for flower on the rock garden (votes 12 for, 0 against), exhibited by the National Trust, Sissinghurst Castle, Cranbrook, Kent’ 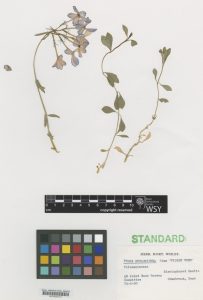 The RHS Herbarium holds a Standard Specimen of the plant.

Sibylle Kreutzberger and Pam Schwerdt worked as head gardeners for Vita Sackville-West from 1959 and after she died in 1962, remained in post for a further 31 years with the NT. In 2006, they were both awarded the highest honour by the RHS – the Victoria Medal of Honour, for their work at Sissinghurst.

Sarah Cook registered ‘Violet Vere’ early on in the Plant Guardian scheme and has also offered it in the Plant Heritage, Plant Exchange continuously, so although there are no listed nurseries selling it (last listed in RHS Plant Finder in 2012) it is hopefully doing well in gardens around the country.

Sarah grows it successfully in Suffolk, but suggests that it could probably do better in a region with higher rainfall. She tells us ‘Phlox stolonifera are excellent low growing plants, which we used to use at Sissinghurst to fill the spaces just under the shrub roses.  Not deep shade and plenty of light at this time of year when the roses are only just coming into leaf. They are woodlanders and are recommended for moist, humus rich soils.

Sarah also has Phlox stolonifera ‘Mary Belle Frey’ in the Plant Guardian scheme. We now know that Mary Belle Frey (1907-1940) was born in Indiana. It hasn’t been listed in RHS Plant Finder since 2011.

There isn’t currently a National Plant Collection of Phlox stolonifera and although a few are sent to the Plant Exchange, of the 18 cultivars listed in the Plant Finder, only 2 have more than one supplier.